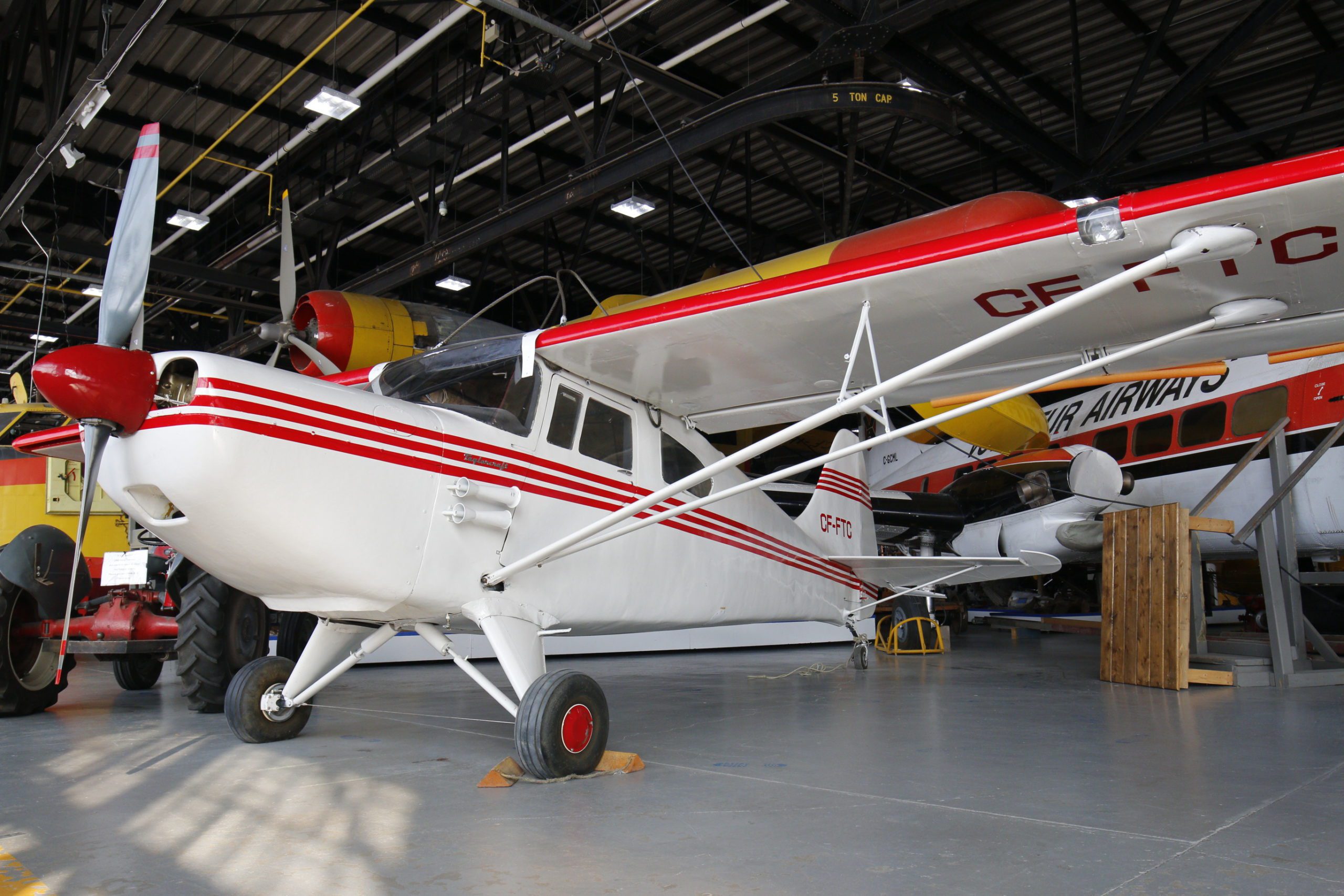 Talylorcraft model 20, CF-IKV, disappeared while on a flight from Fobisher Bay to Clyde Rive on Baffin Island in ther far north in 1958.

Despite a month-long extensive search no trace of the aircraft or it’s occupants were found.

Fourteen years late a helicopter spotted the aircaft 200 miles south of its intended destination. The aircaft was upright with only a bent propeller and broken ski. A note in the cockpit said “Waited Week. No aircraft. Walking north”.

Investigation revealed that aircraft had unresolved maintenance issues, was using condemned fuel, had a non-functioning radio and the pilot was unfamiliar with local route and conditions.

The aircraft was flown out in pieces by the Royal Canadian Air Force. It passed through several owners before being donated to the Canadian Bushplane Heritage Centre by Dr. John Cocker.

The aircraft has been re-registered as CF-FTC.