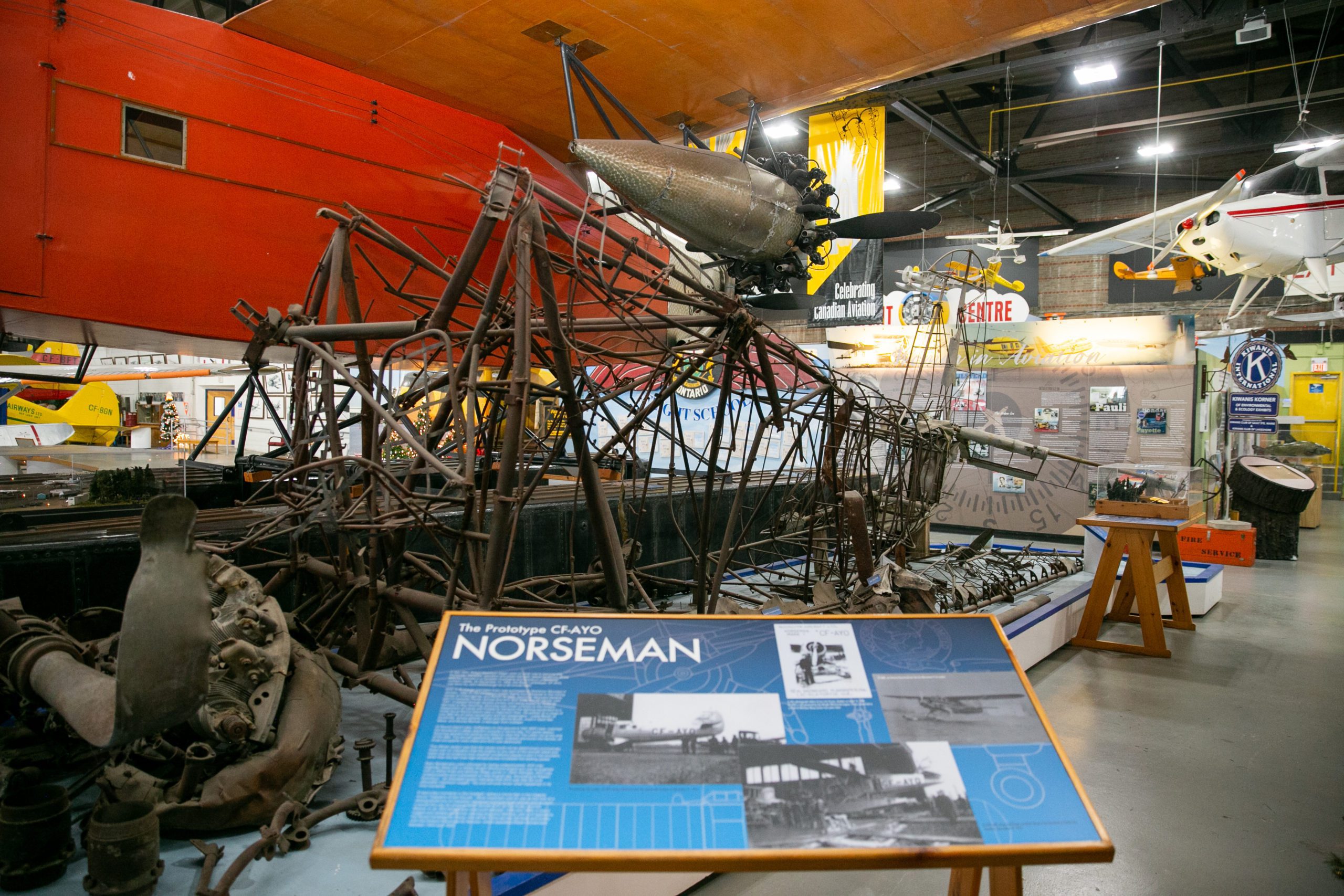 Noorduyn Norseman MkI, CF-AYO, is one of two Norseman in the Canadian Bushplane Heritage Centre’s collection.

CF-AYO, the prototype Norseman aircraft, first flew in 1935 and was delivered to Dominion Skyways Limited. In 1942 it starred in the movie “Captains of the Clouds” with Jimmy Gagney. Most aerial footage was filmed near North Bay, Ontario. It was lost in a crash in Algonquin Park in 1952.