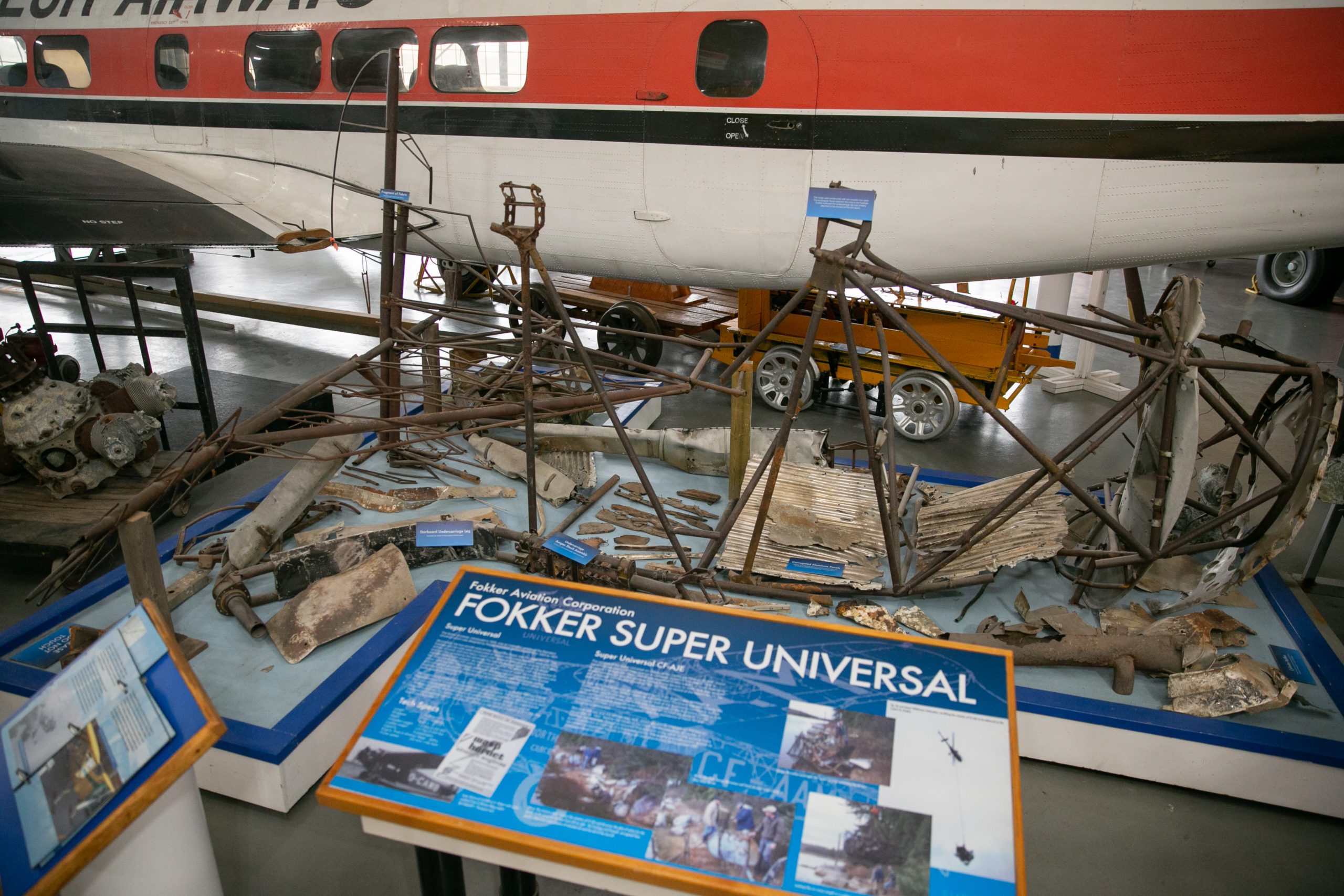 This is all that is left of Super universal CF-AJE that crashed on December 19, 1937 while landing at St. Simeon Lake, 3 miles north of Franz, Ontario.

CF-AJE was built by in 1929 by Canadian Vickers in Montreal. It was placed in storage until 1933 when it was purchased by Algoma Airways of South Porcupine.

Only some metals parts of the aircraft have survived 70 years of exposure to the elements. The wooden wings either burned, as evidenced by some charred fragments, or rotted over time.