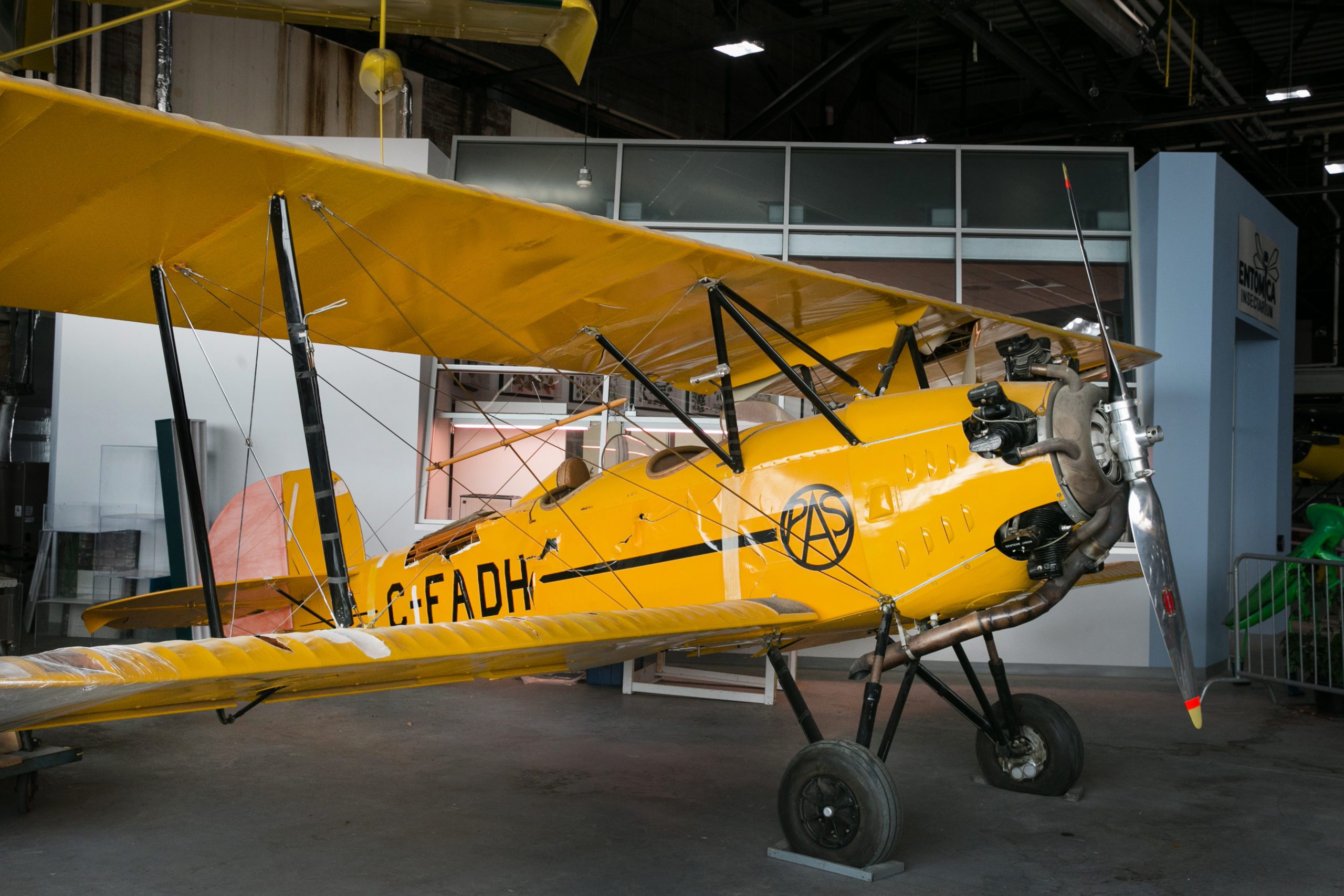 The Centre’s example, originally registered as CF-AOH, was built in 1930 and was flown by Hubert Passmore, company president, before being purchased by the Ontario Provincial Air Service the following year. It served Frank MacDougall as a patrol aircraft when he was appointed Superintendent of Algonquin Park in 1931. With the Fairchild KR-34 MacDougall was able to supervise and check the progress of isolated work projects within the huge area of the Park. Routine flights checked the movement of wildlife, the activities of poachers and the progress of campers along its waterways. As MacDougall commented, “the use of the aircraft has shrunken the park area… to about the size of a good big farm.”

From 1938 to 1944, the KR-34 was stationed at Temagami. While there, it figured in an experiment, undertaken by pilot Carl Crossley, to drop water from an aircraft on a forest fire. While the experiment was successful, and marked the first attempt at water bombing, storage, pick-up and delivery problems delayed further development until the 1950s.

In 1944, the KR-34 was sold and bought in 1945 by Robert Dale of Sault Ste. Marie. It was the first aircraft for his fledgling bush airline, Air-Dale Ltd. In 1948 it suffered engine failure on take-off, crashed on the shore of Wildcat Lake and was written off.

In 1963, a group of Air Service engineers decided to retrieve the wreckage, transport it to the hangar at the Sault and restore it as an anniversary project to recognize the 50th anniversary of the Ontario Provincial Air Service. In the event, difficulties in obtaining parts and plans made completion in 1974 impractical, but restoration was completed in 1984, in time for the 60th anniversary. As the original registration, CF-AOH, was no longer available, it was registered as C-FADH. Towed to the Sault Ste. Marie airport, it made its first flight in 36 years. While the original intent was to donate the aircraft to the National Aviation Museum, it has since become an important part of the Canadian Bushplane Heritage Centre. Given its rarity, its association with MacDougall, who became Deputy Minister of Lands and Forests in 1941, and the connection to the first attempts of water bombing, it enjoys a historic place in our collection.