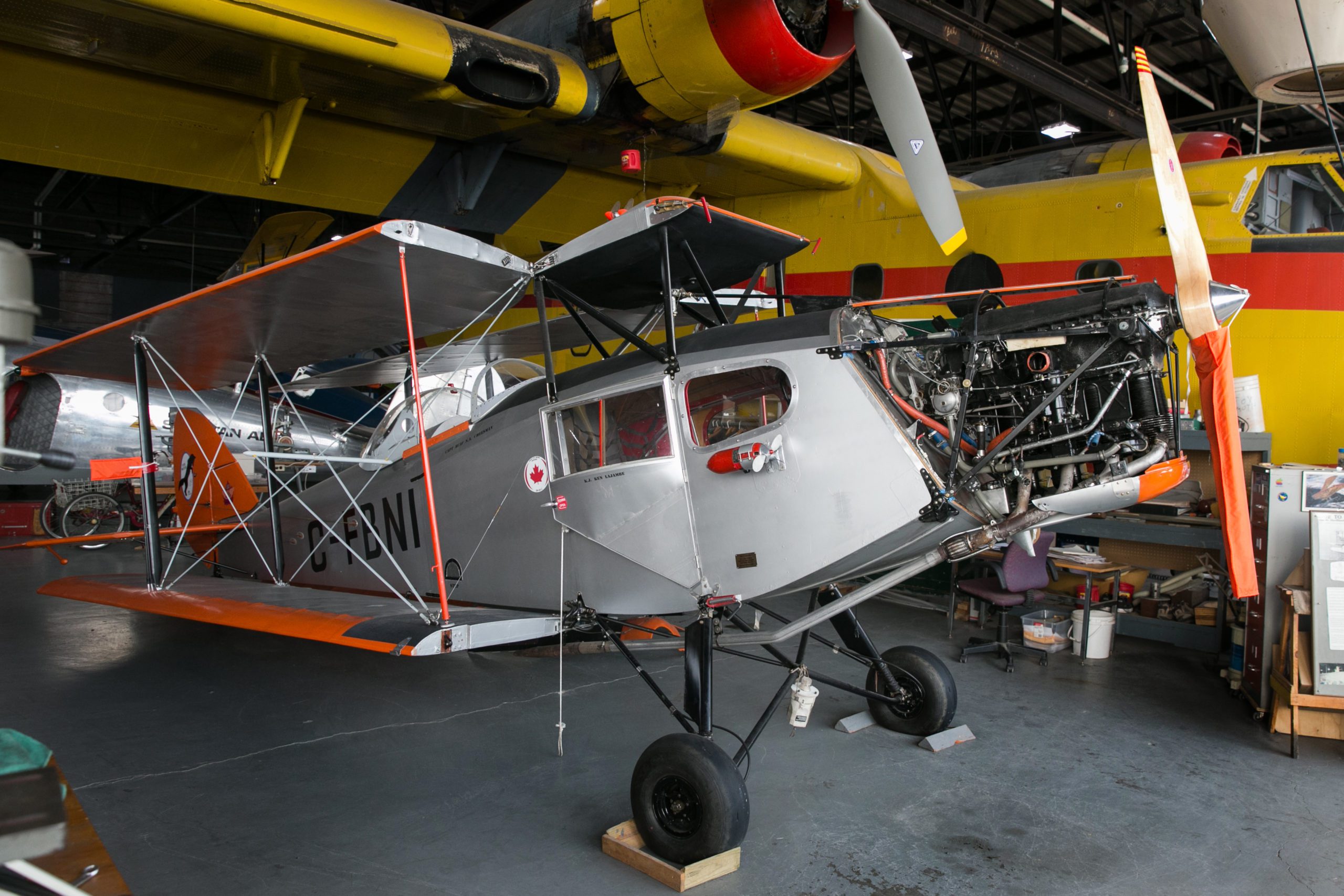 In 1993, Dr. Ken Cheeseman, a local dentist and member of the CBHC decided to build a “memorial“ DH83C Fox Moth aircraft for his father (RCAF Capt. S.A Chessmen) who flew the aircraft type for Parson’s Airway in Kenora in 1946.

A derelict fuselage was purchased from Watt Martin who lived in Grand Valley, Ontario, which upon inspection was not considered airworthy. Therefore a new fuselage was built from donated hardware and new wood materials. Drawings of the aircraft were hard to locate, however Mr. George Neal of Mississauga, Ontario provided enough details to further the project. Used wings were rebuilt and the tires were made in England. A Gipsy Major 1C engine was secured in a trade by John Lalonde, the Fox Moth restoration project lead.

In Sept 2017, the project was recognized by the province of Ontario and M.P.P. Ross Romano presented John Lalonde and the volunteer restoration team an award of recognition for their significant efforts in preserving bush plane and Canadian aviation history.