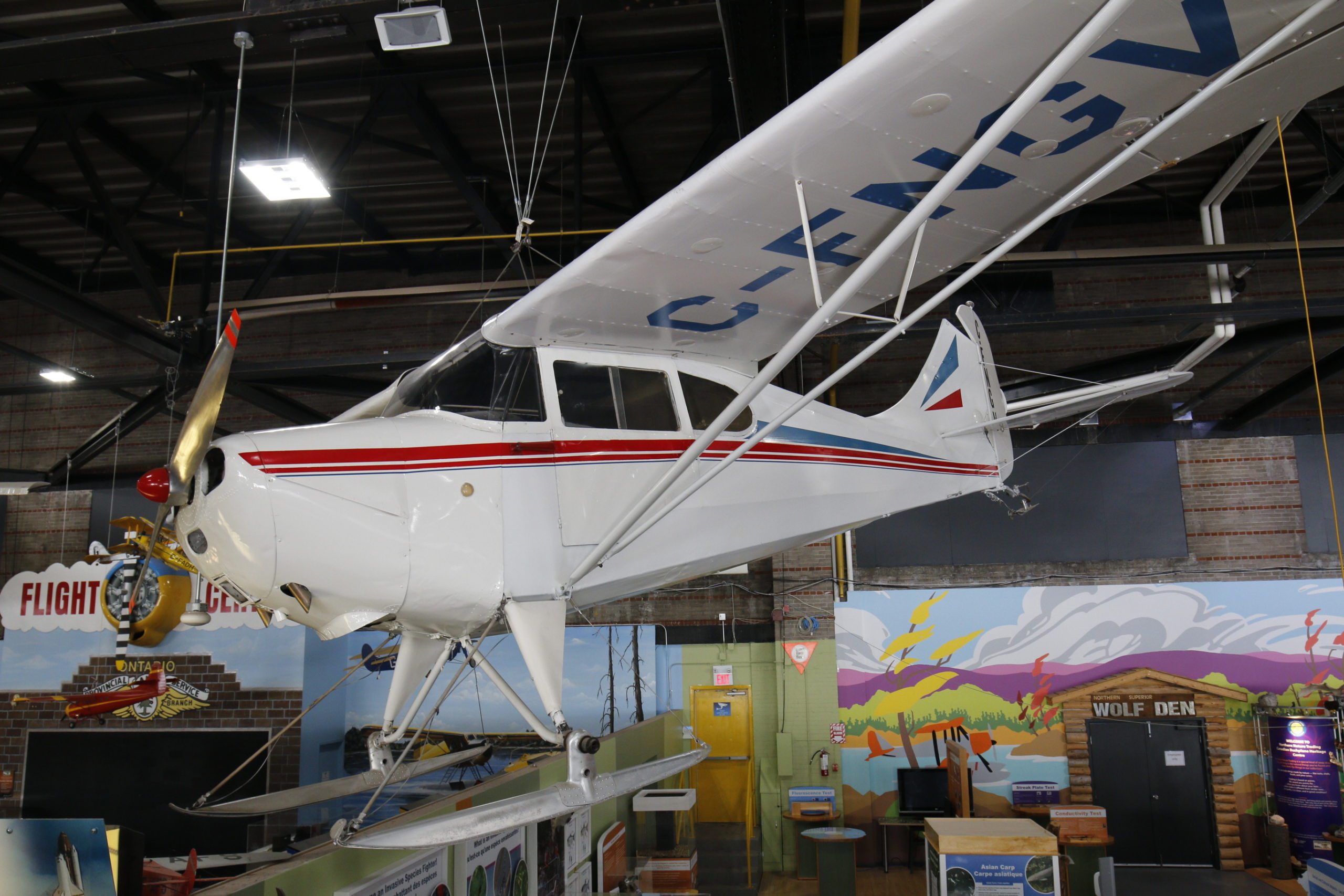 The Aeronca Aircraft Corporation was established in November 1928 in Middletown, Ohio. It was the first company to build a truly light aircraft.

Aeronca Chief C-FNGV, makers # 189, was built in 1947. It was imported from Kalamazoo, Michigan in 1961 and was eventually owned by Monty Dawson of Sault Ste. Marie.

In March of 1996, FNGV, piloted by Monty Dawson, left the Sault on a one day winter fishing trip to the Megisan Lake area. The aircraft was reported missing that evening and was discovered the next morning. The aircraft had broken through thin ice on the St Mary’s River east of Sault Ste. Marie and had sunk in 12′ of water. Both occupants drowned in the icy water.

C-FNGV was donated to the Bushplane Museum by Carla Dawson in memory of her husband Monty.