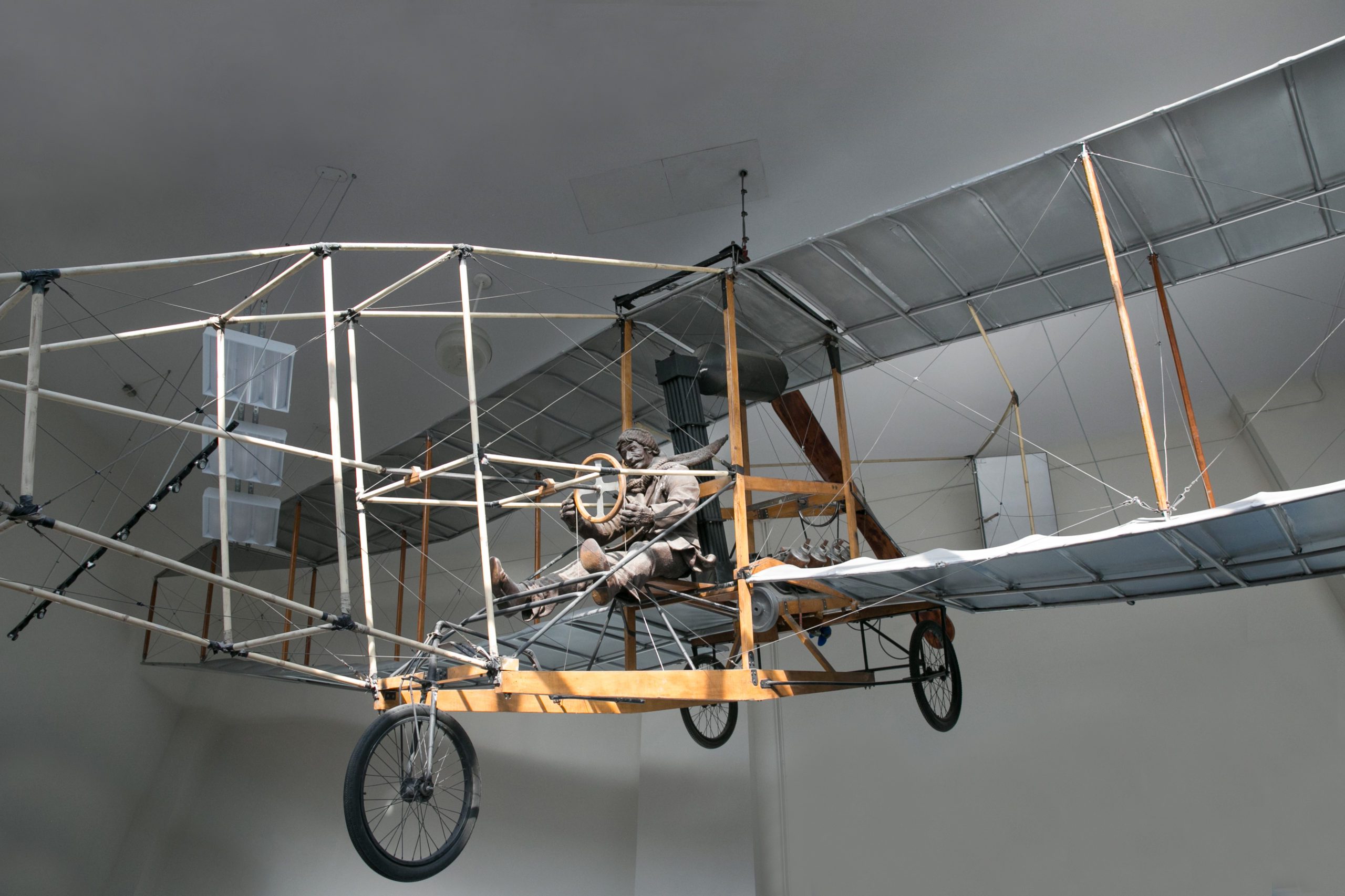 The original Silver Dart was the first powered, heavier-than-air machine to fly in Canada; designed and built by the Aerial Experiment Association under Alexander Graham Bell, a flight enthusiast since boyhood.

After several successful flights at Hammondsport, New York, early in 1909 the Silver Dart was dismantled, crated and moved to Baddeck Bay, Nova Scotia.

The Silver Dart flew off the ice of Baddeck Bay on February 23 1909 at roughly 65 km/hr for 0.8 kilometers. Over 100 of Bell’s neighbours witnessed the first flight of a British subject anywhere in the Empire. The Silver Dart flew more than 200 times before being damaged beyond repair upon landing in the soft sand of Petawawa, Ont, during military trials in early Aug 1909.

Our replica of the Silver Dart was created by the Canadian Aviation Historical Society.