The 415 has an updated cockpit, aerodynamics enhancements, changes to the water-release system, powered flight controls, cockpit air conditioning, as well as upgraded electrical and avionics systems, creating a modern firefighting amphibious flying boat for use in detecting and suppressing forest fires.

Compared to the CL-215, the 415 has increased operating weight and speed, yielding improved productivity and performance. The 415 can scoop up to 6,140 litres (1350 Imperial gal or 1,620 US gal) of water from a nearby water source, mix it with a chemical foam if desired, and drop it on a fire without having to return to base to refill its tanks. The 415 was specifically developed to provide the capability to deliver massive quantities of suppressant in quick response to fires. The aircraft is built for reliability and longevity, with use of corrosion-resistant materials. The new 415GR has higher operating weights while the Bombardier 415 multi-role is available for use in a paramilitary search and rescue role and utility transport. 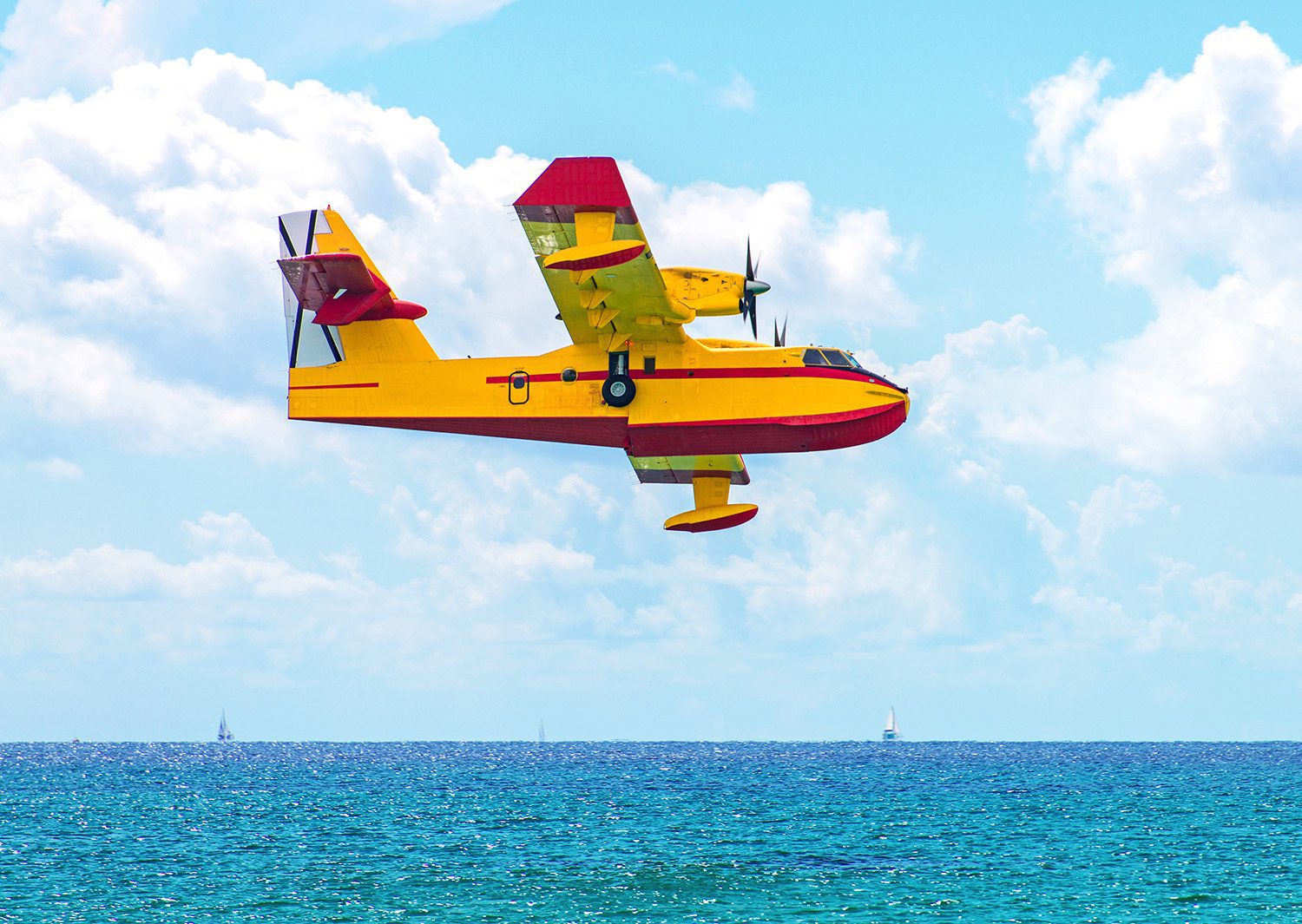 The “415” first flew on December 6, 1993, with the first deliveries in November 1994. Orders from many countries soon followed. Derived from its predecessor’s nickname, it acquired the name, “Super Scooper” in light of its greatly enhanced performance as a water bomber and fire suppressant weapon. In recognition of its abilities in the dangerous but necessary tasks of fire fighting, the aircraft was awarded the prestigious Batefuegos de oro (gold fire extinguisher). The award citation in part read “This is the most efficient tool for the aerial combat of forest fires, key to the organization of firefighting in a large number of countries. The continuous improvements to meet the needs of forest firefighting have made these aircraft the aerial means most in demand over more than 30 years.”

Of the 76 built, seven have been removed from service due to accidents.